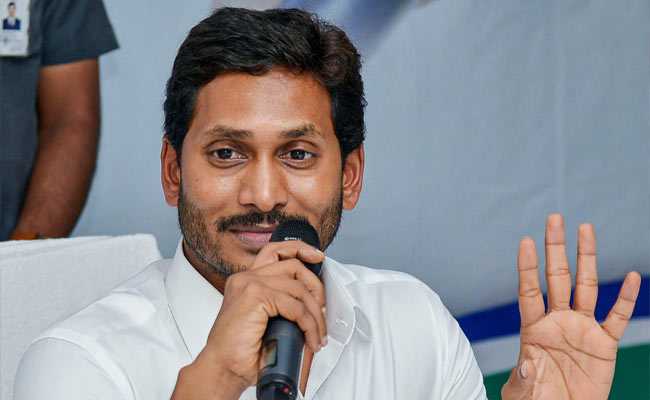 The Election Commission has sent a notice to Andhra Pradesh’s ruling YSR Congress Party on allegations that Chief Minister YS Jagan Mohan Reddy had been made its permanent president. The Commission said it “categorically rejects any attempt or even a hint of any organisational post being of permanent nature”. Such a measure, it said, is “inherently anti-democracy”.

“Any action which denies the periodicity of elections, is in complete violation of the extant instructions of the Commission,” the letter read.

The EC letter said if not categorically contradicted, it has the potential to create a confusion in other political formations of such a move (as reported in media of amending party constitution to have a permanent president) being condoned by the Election Commission and the EC feared that this can “assume contagious proportions”.

The Election Commission guidelines stipulate that political parties have to conduct elections within a specific time frame to choose a president. There is a provision to de-recognise a party if it doesn’t hold regular elections.

The EC says at least five notices were sent to the YSRCP since July 19, 2022 and the party’s delay in responding “adds credibility to the allegation”.

On August 23, the party had said in a communication that YS Jagan Mohan Reddy had been elected president but had not clarified on the allegation that he was made “permanent president”.

On September 11, the party had admitted that there were media reports suggesting that Jagan Mohan Reddy would be made permanent president and had said they would conduct an internal enquiry.

The Commission has now ordered the “Yuvajana Sramika Rythu Congress Party be directed to conclude the internal inquiry at the earliest and make a clear and categorical public announcement contradicting the said media/newspaper reports so as to put the possibility of such a confusion at rest.”

When NDTV contacted YSRCP, they said they would inform the Commission that Mr Reddy had been elected president for five years, from July 2022 to July 2027. And that even at the plenary, there had been no announcement or move to amend the constitution to make him permanent president.

The YSR Congress Party was started by YS Jagan Mohan Reddy in 2012.

In the third plenary, the first after the party came to power, on July 7-8, 2022, Mr Reddy’s mother YS Vijayalakshmi had said she was distancing herself from the YSRCP as her daughter YS Sharmila had launched a party in Telangana and needed her help.

This is not the first time any party is electing a permanent leader. In September 2017, when the EPS and OPS factions of the AIADMK came together and expelled VK Sasikala as party’s general secretary, they also said J Jayalalithaa would be “permanent” or eternal general secretary of the party.

That Rule 20 was dropped in the general council meeting of the AIADMK this year.

The DMK too had chosen M Karunanidhi to be lifetime president. After his death, working president MK Stalin was made the party president.